Synopsis
Hickory and Marigold, from Cowslip's Warren, ask for Hazel's help to set up a new warren, free from the Shining Wires.

Favourite Quote
"Freedom is a lie, Friend. There's no escape from the Shining Wires." - Cowslip

Personal Review
Yay! After 10 episodes, we finally get to see Cowslip again. Despite the time gap, he still hasn't lost the 'People want to punch him in the face every time he talks' aspect. He's not the only celebrity voiced character in this episode. We also have Hickory, played by Kiefer Sutherland; The first new celebrity voice of the second series.

This episode was one of those I liked, but then again I like Cowslip's character, so that could be why. Of course, it was kind of a bit obvious the Shining Wire lot were going to play a part in this ep by the fact we saw Strawberry early on. Bearing in mind we haven't heard Strawberry speak for ages, it was fairly obvious he was there for a special reason.

There were, however, some much more successful comic scenes throughout. Pipkin tormenting Bigwig, as he pretends to be a 'Big Baby' in protest at everyone keeping him on the down, is brilliant. When Pipkin jumps on the sleeping Bigwig, then says 'Were you asleep Bigwig?', I just love the tone of his voice when he replies 'What did it look like?'. The 'training' Hawkbit and Dandelion try to give Marigold and Hickory also gives a few laughs. For example there's the scene with Hawkbit dipping his feet in the river so the fox will lose his trail. Hickory goes too far, and starts jumping about in the river, before tripping over a rock.

Bad points. Well, there weren't a great lot. I do wonder why this road they visit seems so busy, considering its a small country road... and why would there be a roundabout in the middle of the country too? The other thing I sometimes ponder over is the sudden change from night to day. One moment it's the dead of night, with Hickory and Marigold talking outside Redstone... The next it's daylight, with them at the road. What happened inbetween? One final thing which bothers me is something which has absolutely nothing to do with the episode's producers. Why was it shown in the wrong place on CITV? Episode 15, or the second of series 2, is it's correct location. When CITV aired it in 2000, they showed it as episode 17, after The Market and The Great Water. er... why?! Then again, I suppose CITV have never had a particularly good track record with their treatment of the series.

A great episode, with Cowslip (obviously), and some humourous moments from Pipkin and Bigwig. 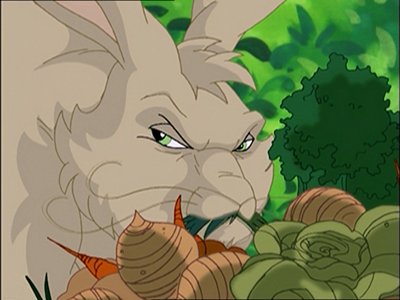 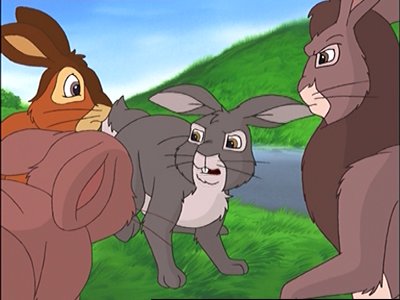