Synopsis
Seven of the rabbits from Sandleford Warren set out on the search for the 'high lonely hills', which Fiver has seen in a vision as being a place of Safety. Along the way they encounter many dangers, such as the river, and a dog. The question is, how will they escape?

Favourite Quote
"Everybody Lost, Nobody Got a Home" - Kehaar

Personal Review
Personally, I think this part of the storyline was a bit underused. In the original book/film, the events at Sandleford and the Journey to Watership Down made up a large part of the story. Here, it has all been compressed into one episode. Admittedly, many of the events which happened during the journey originally, have been rearranged to happen later in the series, but it still seems a waste.

In my opinion, they could have devoted possibly a whole series just to the Journey to Watership Down, then used the second (& third?) series for all the extra storylines after their arrival. This was the style taken by The Animals of Farthing Wood, and I think it could have worked for this.

Putting aside the overall storyline, what happened in this episode was good. The action was fast-paced and slick, and the musical score by the Royal Philharmonic Orchestra during the river scene added real atmosphere and a feeling of suspense. For the most part the landscape shots were superb, showing that not all traditional art in animation these days has been abandoned in favour of computer graphics! The closing scenes where they reach the down also have an air of class about them, once again as a result of the excellent work of the Royal Philharmonic. Its amazing just what a difference sound can make!

It was a good episode to open the series, but it had its flaws. I would have given it higher, but the way the journey was condensed into one episode let it down. That's one of the main reasons why most film fans fans, besides me, ended up disliking the animated series. Many people took the opinion that all these missing scenes had been dropped from the story and didn't bother to watch the rest of the series, which was where the missing storylines later appeared. 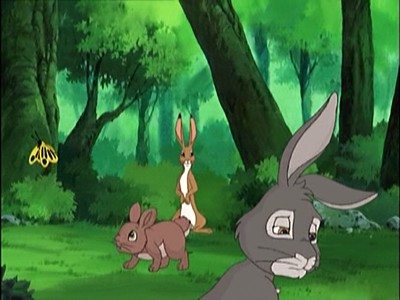 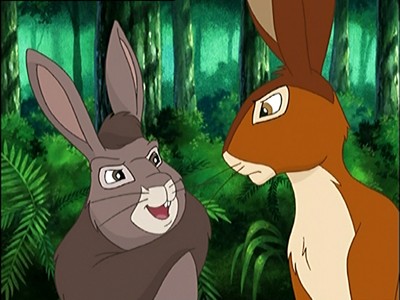