Synopsis
With the help of Campion, and a few others, the Watership rabbits manage to free Pipkin from Efrafa.

Favourite Quote
"When I shout loud enough, I can organise Raindrops" - Bigwig

Personal Review
Well, it was a 5 month wait between series 1 and series 2 upon it's first showing in the UK. After all that time, I dont know what I'd been expecting, but I have to admit it was a bit of a disappointment to me when it finally did air. It wasn't a particularly bad episode, I just thought the 'lets involve all the animals' method of rescuing Pipkin seemed to lack the usual cunning I'd expect to see from Hazel's lot.

Besides the overriding plot, the rest of the episode was actually quite good. Pipkin's time in Efrafa was used as the perfect opportunity to develop Woundwort's character. We hear explanations of how he lost his mother to a weasel when he was young, and how he spent years locked up in a cage by humans. All of this helps to explain the reasons for the sheer hatred shown by him, and why he inflicts torment upon the other rabbits under his rule. Admittedly, there are several times in the episode where you cant help but feel sorry for the General. It also raises the question 'Are the Efrafans and Watershippers really as different as their leaders make out?', in the way Pipkin can relate to so much of what Woundwort says. At the end of the day, they are all rabbits. Woundwort himself sums it up with the line 'That would be like killing a part of myself'. Of course, just to contradict this idea, Pipkin later says to Bigwig 'We're not like them though, are we?'. Make your mind up writers!

Some of the other Efrafans have a good role in this episode too. Seeing Vervain having to 'hop on one leg and bleat like a sheep' is hilarious, as is the way he has to put up with Pipkin constantly insulting him and getting away with it. I just love the look on Vervain's face when Pipkin says 'Kehaar says you're awfully ugly'. Campion also plays a good part in this episode, now helping the outsiders. To be honest though, I think they developed this a bit too quickly. One minute he's all battered and bruised from his 'beating', and has only just agreed to help. The next, he's fine, and has developed an entire messaging system with Hazel. You cant tell me much time is supposed to have passed either, as Campion only just hears Pipkin has been captured early in this episode. As an Efrafan captain, that's not the sort of information you could keep hidden from him for days on end.

The Watership characters were played well too. As with the last episode of series 1, this was one of those episodes where they showed us plenty of the characters, rather than just letting us 'guess' where they had all disappeared to (Like in Episodes 11 and 12). For example, we hear Richard Briers' unmistakable voice as Captain Broom quite early on. There was, however, no sign of 'The Babies', not that I'm complaining about that though, as I hate them anyway (Cute as they may be!). Where the animators really had their work cut out though was with all those additional moles, voles, watervoles, bats and so on! In fact, that's probably where most of the series 2 budget went.

Not as good as the first part, with the rescue plot being a bit of a disappointment, in my opinion. The wonderful interaction between Woundwort and Pipkin, however, keeps the score up at 5. 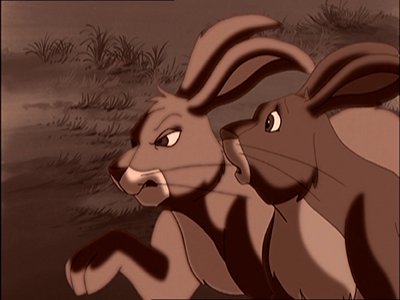 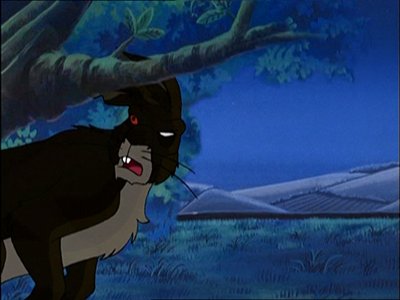